Get $25 Off Complete Repair Service

Hello and welcome back to the Appliance Champion blog! If you missed it, we recently joined forces with one of the area’s best appliance companies, Marathon Appliance. Marathon Appliance like Appliance Champion has been serving the Dallas-Fort-Worth area with unbeatable appliance repair service. Because they uphold the same values that we do, we are excited to merge with them and to dominate the Metroplex area with our services. To learn more about our merger and about Marathon, read our last blog post, otherwise stick around to read about the evolution of kitchen appliance style.

Don’t forget to visit the Appliance Champion website, if you need appliance repair in Keller, Southlake, Grapevine, Colleyville, Bedford, North Richland Hills, Arlington, Saginaw, and beyond in the Dallas-Fort Worth area.

The Evolution of Kitchen Appliances

The kitchen wasn’t always what it is today. Instead of sparkling appliances, a campfire and then the woodburning stove were the mainstays of the kitchen. Thankfully, technology continued to improve, giving us less labor intensive appliances and ones that we could say worked for us. Appliances grew out of a need for convenience as well as the need for more time. Housewives during the 1950s, were entrusted with most of the housework and appliances became their saving grace and one more thing for American households to buy. With the evolution of the appliances and improvements in technology, came changes in style.

If you’ve ever seen the show Mad Men, you can attest to the bright colors that decorated most appliances. Along with chrome detailing, turquoise blue, petal pink, and other Easter egg colors were typical of most 1950s kitchens.

Just as the 1960s were a pivotal time socially, the colors in most American homes changed as well. Instead of bright pastels, most homes of the time had mustard yellow, harvest gold, and avocado green.

Again major style changes were reflected in our main kitchen appliances. Instead of bright colors, appliances were gravitating toward minimalism. White, bisque, and black were popular appliance colors during a period known for being colorful in all other ways.

White and black appliances were joined by stainless steel. These three colors became the standard appliance colors that we still see in most appliances today. Other options also became popular especially with those creating custom kitchen designs or upgrading during a kitchen remodel. Black brush metal became just one of the other popular options as well as overlay, cabinet-front, and built-in appliances.

Though the evolution of appliance color can be a sign of general style trends and changes, it can be also be representative of social changes and gender role stereotypes being broken over the years. Today, both men and women can be found in the kitchen, instead of just the stereotypical 1950s housewife. Perhaps the change to less typically female-centric colors is proof of the appliance industry’s embrace of culture change. 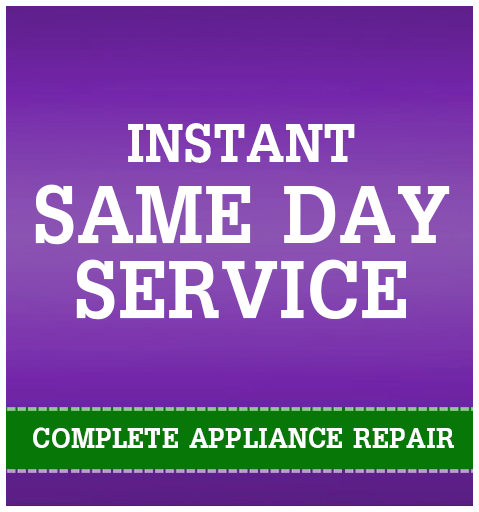